It has  been a very busy week and while I love it here in Switzerland, apparently my sinuses do not andd they have decided it is a good time to get sick! Which sucks but hopefully I’ll be all better in a couple of days. Don’t worry Mom, a cold isn’t gonna kill me 😉

Anyway, this week has been a good one and a nice mix of relaxing and exploring which is good since this is my only week of vacation until I think April? I know we get a few days of at Easter. But this is my “March” Break and next week I start school which I am a little bit nervous for and also a little excited. But then again school is school is school wherever you go in the world. Either way, all part of the exchange experience.

On…I think it was Tuesday? Amen and I went to the United Nation’s Headquarters and took a tour. We did it in English so I could understand it well but the tour guide spoke weirdly and very very quietly so Amen didn’t get much of it unfortunately. Still, it was very interesting especially for me because of what I think I want to do in the future.

Also this week, I went to Zurich for two days, the biggest city in Suisse. It was a 3 1/2 hour drive but I didn’t mind a bit because where we were driving was so beautiful! It was crazy because you’d be driving through a tunnel and all of sudden come out over a valley, looking down not only on the fields and houses and sometimes lakes but also often on the clouds! Honestly the most bizarre but amazing thing! It was so beautiful and it was like you were looking at a model not a real place. Also cool was when the mountain right beside you is all green and fresh and the next one over is covered in snow! As we were driving I was reading Brave New World for English class and one of the characters said something that  loved and bookmarked because it seemed to fit my feelings right at the moment. “Who am I to be living in the visible presence of God?” How eloquent a description is that for a beautiful place? The visible proof of God. I don’t know, I liked it 🙂

Zurich itself was amazing too. So many old buildings and little cobblestone allies to explore and shops to look at. The waterfront had an absolutely incredible view and I took about a billion photos when we were there. The only slight damper on the trip was that I decided to wear shoes that as cute as they are, barely fit and ended up with blisters so bad I couldn’t walk by the end of the day. Oops :$ Thankfully, the next day a nice German pharmacist disinfected it for me and put a patch on it so I could enjoy the rest of my visit!

That reminds me, while I am here to learn French only part of Switzerland is French speaking. Zurich is mainly German and hardly anyone speaks French. In fact, a  couple times I had to help translate because tons of people speak English and would rather speak that than French. It was weirdddd. And I like the sound of German. It makes me laugh because it’s just so different from English or French.

Another awesome thing about Zurich was the cool place we went for dinner. It was a sushi restaurant where you sat and the food went around on this little track and then when you saw something you liked you just picked it up and the prices were coded by plate colour. So neat! I’d never really had sushi like as a meal, just tasted little bits but I loved it! Definitely have to go for sushi when I get home!

So yeah, the second day in Zurich it was raining a lot so we just rode around on the bus for a bit and watched the city go by and then went back to Geneva. That’s when I really started to feel sick, even though I’d had the sniffles for a couple days. So, after grocery shopping in France (totally normal right?)  we just hung out around the house and I slept for a longggg time. Today I’m feeling a bit better so hopefully I’ll be all better tomorrow! Today has just been hanging out reading, relaxing, blog writing, listening to Les Mis en francais and doing homework. I’m going to try reading one of Amen’s old books in French, part of the “La Cabane Magique” series that I used to read when I was younger too! So that’s about it from here. I like hearing about everything going on in Canada too like the GOLD medals, the success of the TSL dodgeball tournament and the snowday! Love all you guys, time to eat! 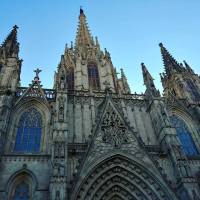 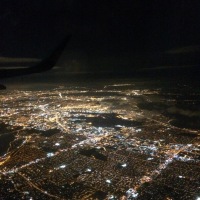