There’s something about the excitement of sitting in an airport waiting for you flight to be called for boarding.  At this point you’ve made it through all the hard parts of travel; checking bags, going through security and finding your gate. You’ve probably waited a long time for this day to come and now that it’s here, it won’t be long before you are up in the air, taking off on a new grand adventure.

It was this excitement I found myself feeling on June 27th 2013. After months of waiting, the day had come for me to leave on my trip to Ireland. Although I had been on an airplane before, it had only been for short flights to places like Mexico and Florida and this would my very first time leaving North America. I was so excited, I could barely sit still. Before I knew it, it was time to board and I was pleased to discover I had a window seat. I settled in and minutes later, we were off.

Fast forward and just under 7 hours later, we were coming into land in Dublin airport. Jet legged and overwhelmed by the excitement of being in a new and strange country, my mom, my sister Mallory and I somehow found our way through the Dublin public transit system and to the hostel where we were staying. After checking in, we all climbed into bed for a nap. Newsflash: bad idea. We woke up at midnight to the sound of my step-sister Chantel coming into the room. She had flown into London, England from Alberta and then taken a ferry over to Ireland to meet us. The time change of 5 hours had confused us and we were all wide awake and starving so despite the late hour,  we took a taxi and ventured across the Liffey River to the Temple Bar area of the city. Long story short, there were a lot of drunk people, which terrified Mallory. Suffice to say, it wasn’t exactly a family friendly environment so we grabbed some food and got out of there as fast as we could.

The next day, a Saturday, we ventured all over Dublin by foot exploring and checking things out.  I was amazed by all the beautiful architecture, some of which had been built more than 1000 years earlier. It was my first real taste of Europe and I must say I loved even more than I thought I would. Everywhere I turned there was something to look at and unlike a lot of buildings here in Canada they were all unique and had intricate detailing. It was absolutely gorgeous. The entire city of Dublin just had a more laid back feeling than say for example Toronto, more old timey.

On Sunday, the four of us continued to explore the city, this time by double decker bus. We saw a lot of interesting things as well as enjoyed the live commentary by the driver about the sites we were passing. Mal was in her glory, listening to people speak with Irish accents all day. My favourite part on the other hand, was when just my mom and I got off the bus at the Kilmainham Gaol, a now unoccupied jail on the outskirts of Dublin. We were toured through the jail and told about prisoners who once were held (and eventually exacuted) there. It was incredibly interesting. I learned and lot, like the youngest prisoner was Elisha Kelly an 8 year old girl who was imprisoned for 5 months just for stealing a loaf of bread…it reminded me of Jean Valjean from Les Mis, haha. Crazy cool place.

Monday was spent looking around little shops and checking out the Dublin zoo. Mallory and I went into the zoo alone and I can tell you, we weren’t all that impressed. It was not nearly as cool as the Toronto Zoo, which I never really realized was all that awesome until being at the Dublin one. The one part we really loved was watching the red pandas because they were just so darn cute!

After we left the zoo, our weekend in Dublin was over and we got on a bus headed for Ballinasloe in County Galway where my mom’s cousin Mary would be picking us up for the next part of our adventure. It was out of the city and into rural Ireland for us!

I had only been in the country for one weekend and I was already falling in love with Ireland. 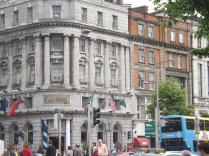 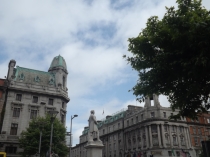 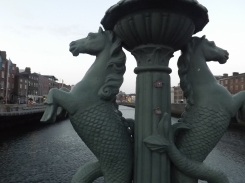 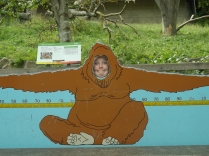 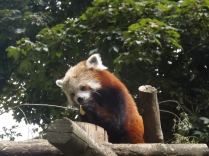 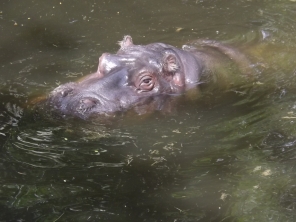 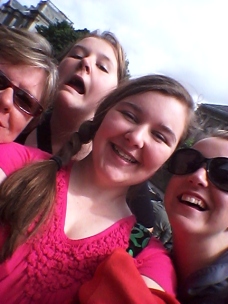 One thought on “And we’re off: my first weekend in Ireland” 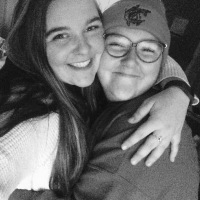